U15 girls into last 16 of national football cup competition

The girls settled into the game quickly and both teams had early chances. Some great defence by the Barlby girls forced the opposition to shoot wide or strike within easy reach of our keeper’s hands on a number of occasions. Throughout the first half we stayed in the game and a well taken goal by Anna Vince two minutes before half time saw us go 1-0 up.

The Durham Johnston girls came back strongly in the second half and eventually equalised, then took the lead with a scrappy goal. A great run from the half way line and a neat finish by Anna Vince saw us equalise very quickly to make it 2-2. Once again the opponents pushed hard and again broke our defence with a stunning strike, but the Barlby girls carried on pushing forward and gained a direct free kick. Vince stood strong and hit a superb strike over the keeper’s head, bagging her hat trick. The score was 3-3 with about 10 minutes to go but again the opponents pushed hard and with a great run on the back line passed back and netted. Within the dying minutes Barlby pushed for another equaliser but unfortunately their hard work didn’t result in a goal.

Miss Rafton, Assistant Faculty Leader: Sport said “The girls should be super proud of themselves. The PE teacher from Durham Johnston said that our team put up an excellent fight and that it was the closest match they have played so far. The opponents also said that it was a tougher game than the final last year, so credit where credit is due.

“Mr Milburn who refereed the game said it was the best game of girls football he had ever seen!”

Barlby High are still in the U16 County Cup, the next game is still to be confirmed. 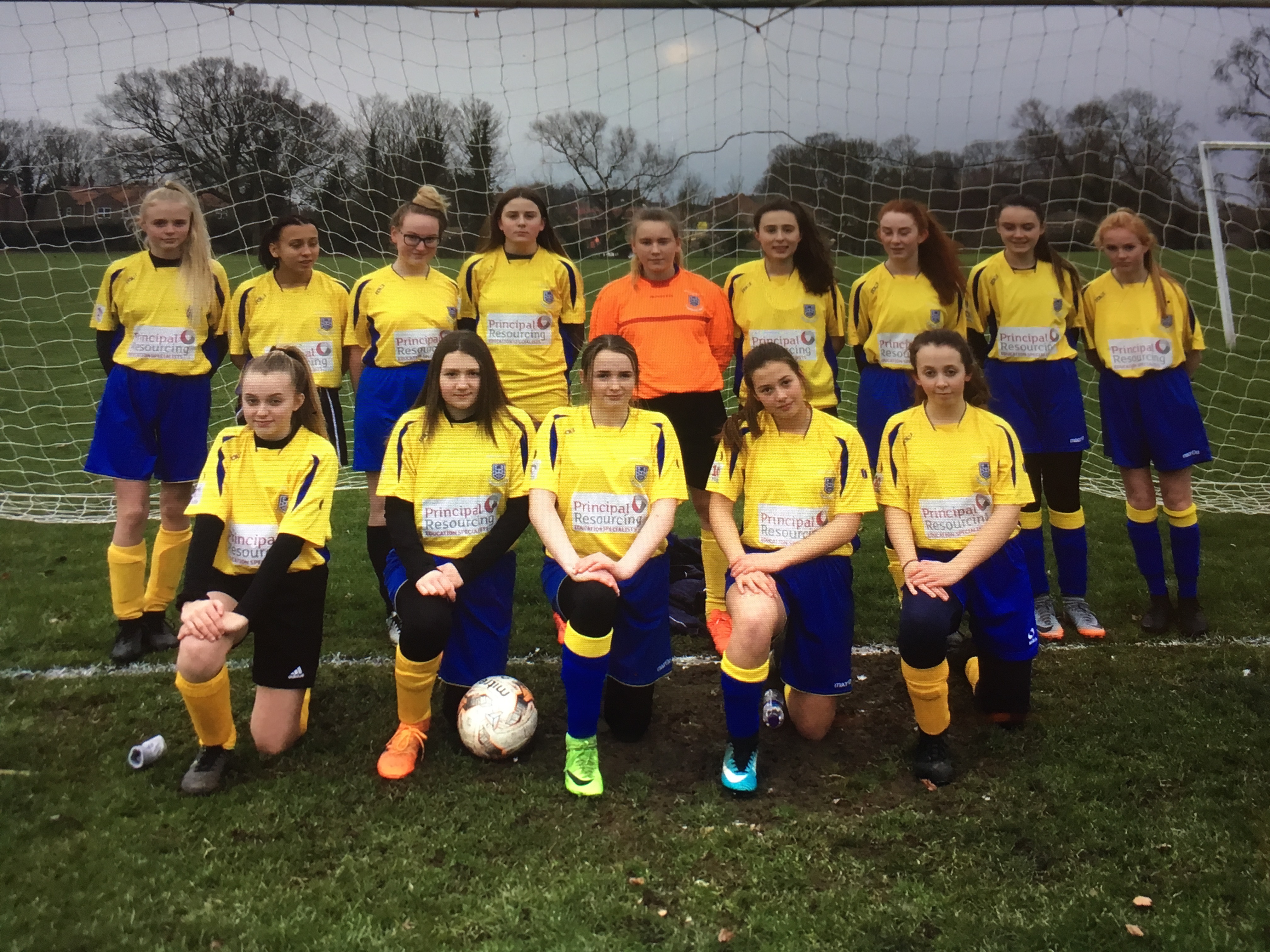