Solving the puzzle of the Rubik’s Cube 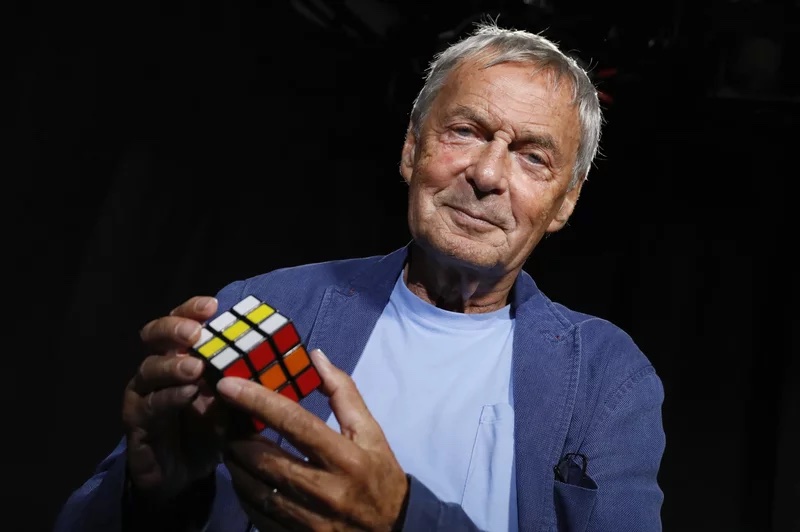 For decades the Rubik’s Cube has been a best-selling puzzle, toy and gift for all ages!

Invented in 1974, Erno Rubik decided to dedicate months of his life to creating a puzzle to teach his students about certain subjects. Once created, he accidentally scrambled his masterpiece to find no solution. He spent a month in his room figuring out a combination of algorithms to solve the puzzle.

The cube itself is an affordable and fun toy to use for entertainment or even dedicate countless hours towards becoming a ‘Cuber’. Speed Cubers such as Felix Zemedegys, Max Park and more, all can solve a cube in mere seconds; solving the puzzle and setting many world records. How will you fair?

At the start of February, I first discovered the Cube itself. I had known of it before, having one of my own collecting dust on a shelf at home. But one day, I decided to bring it to school. From then on, I dedicated myself to the Cube. Spending hours learning algorithms and figuring out how to solve it. When I finally finished, I felt accomplished. I then set out to learn many more varieties: spheres, dodecahedrons and even bananas. With so many possibilities and variations it allows the most intellectual (as well as the worst at puzzles) to solve at least one. Can you become a SpeedCuber?

Congratulations to all our Peer Readers & Peer Reading Mentors who, over the last 8 weeks, have work really hard to build confidence in reading as well as collectively reading 1034 pages. Well done to all involved. @Barlby_English @Barlby_High @HopeSentamuLT pic.twitter.com/qO4b…

Take a look at the latest edition of the Barlby Bulletin to see what's been going! So much in such a short half term! mailchi.mp/108415baf…

Look at the goodies that staff (and one of my Year 9s!) have donated to Black Cat Rescue in North Duffield! Still time to contribute if you want to add to the food appeal! @Barlby_High pic.twitter.com/Mmjm…

Well done to all students involved in the 1st Peer Reading session today. It was lovely to see our YR10 mentors meet their YR7 readers, getting to know each other, helping to choose books & by the end of the session the group had read 98 pages. @Barlby_English @Barlby_High pic.twitter.com/as0V…