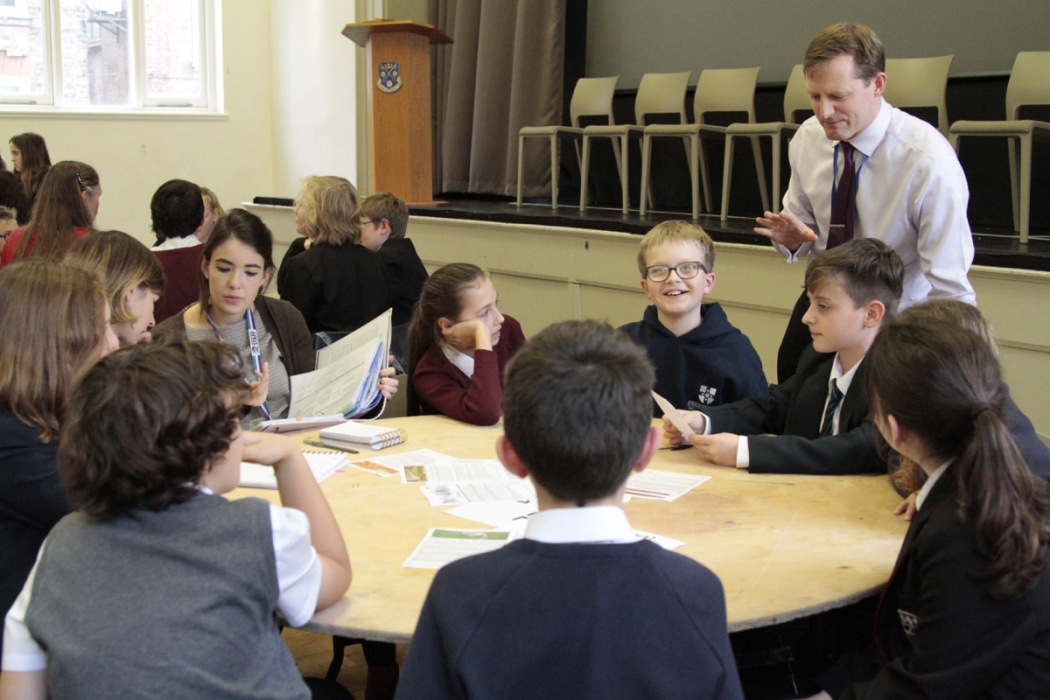 The event was organised by the York Independent State School Partnership (ISSP) and saw gifted and talented Year 7 students from across the city come together for the first time to work collaboratively on the project.

Feedback from those taking part has been very positive with students reporting that “they enjoyed the session because they were challenged, got to discuss things they didn’t know about, and had to use that and other information in a way that they were not overly familiar with”.

The York Independent State School Partnership was first initiated in 2006 when Jonathan Taylor, then Head of Bootham School, approached the Head of Educational Services at York City Council, to explore possible shared activities between all of the City’s schools. It now includes twelve secondary schools in total – nine state/academy schools and three independent schools.

Barlby High School became a member of the partnership in 2018, having already collaborated with York ISSP on the Institute of Education’s First World War Centenary Battlefields Tour Programme 2015. The “Legacy 110” project which followed went on to win Best Partnership Community Award 2014 – 2018 for its service of remembrance at York Minster and exhibition at York Castle Museum.

In addition to the Year 7 breakthrough event, Barlby High School students in Year 8 have been attending a Maths Excellence Club at the University of York while Year 9 students have recently returned from an autumn residential course at Brathay Hall in the Lake District. This combined masterclasses with outdoor activities as well as the opportunity to meet new friends.

Julie Caddell, Principal of Barlby High School said: “The Independent State School Partnership is a great opportunity for our most able students as well as those with a passion for learning, to meet likeminded people and work collaboratively with them in order to fulfil their potential. We have a number of great opportunities coming up, including a series of lectures aimed at Year 7 and 8 students and hosted by the University of York and a visit to Oxford University for those students who may aspire to go in the future”.