Students put through their paces by Hull FC 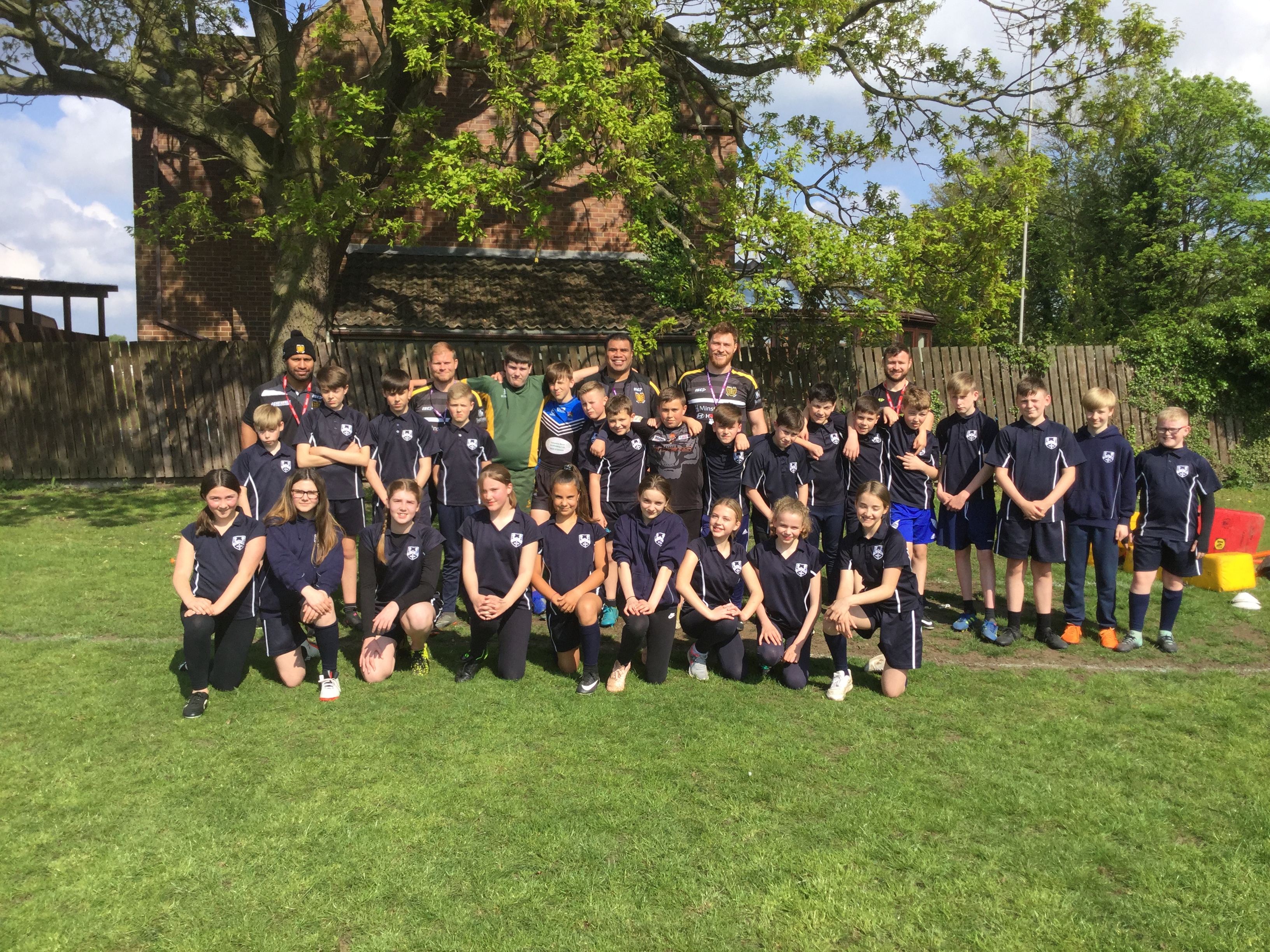 Students from Barlby High School have been put through their paces by the team from Hull FC, as part of an initiative to reward and inspire young rugby players.

A group of 28 students from Year 7, 8 and 9, who all attend Barlby High’s rugby club or just wanted to give the sport a go, worked with players and coaching staff from Hull FC, looking at specific techniques and tactics and working as a team.

The training session came about after the school’s Year 7 girls rugby team performed well in the recent Yorkshire Cup. Impressed by the girls’ commitment and achievement, Barlby High PE Teacher, Sarah Denham had the idea to bring in some professional players for the students to work alongside as a reward and to inspire them to carry on playing.

The students enjoyed an initial warm-up session, led by Adam Whitney, Strength and Conditioning Coach with Hull FC, during which they focused on speed, agility and reaction time. They then worked with players Scott Taylor, Danny Washbrook and Micky Paea and Hull FC’s Player Welfare Coach, Iafeta Paleaaesina, practising beating the defender, creating space, passing the ball down the line, and hitting the ball at pace. Time was also spent doing pad work and team challenges centred on lateral movement.

Sarah said “We’re really grateful to the Hull FC players and coaches for taking the time to visit us and we’d particularly like to thank Iafeta who organised the event for us.

“The students had a great time and learned a huge amount. They put in lots of effort, showed lots of resilience and really listened to and acted on advice given. The club also told us that they were very impressed with the positive attitude of our students and by the standard of our players.”