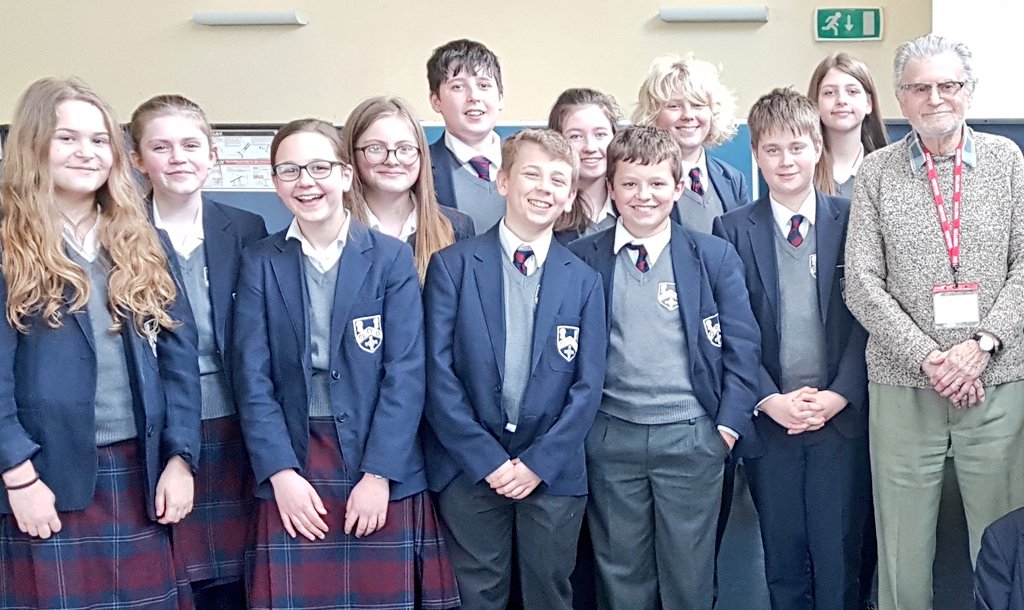 On Monday 1 April, Year 8 students from Barlby High School heard a testimony from Holocaust survivor, Marc Schatzberger as part of a visit organised by the Holocaust Educational Trust (HET).

Marc was born to Jewish parents in Vienna in 1926. In 1938 the Nazi party annexed Austria to Germany. Almost immediately the vicious racism directed against Jews made it increasingly difficult for Jewish families to lead civilised lives. Jews in their thousands tried to find means of immigrating to other parts of the world. However, it was very difficult to find somewhere where they would be accepted. After the riots which became known as Kristallnacht in 1938, Marc’s parents took the heartbreaking decision to send their only child, aged 12½, away to Britain, on a Kindertransport.

In England, Marc was first cared for in a Jewish children’s hostel. Afterwards, he was looked after by an uncle and aunt who had been able to gain entry to Britain as domestic servants. Tragically, whilst in England Marc received news that his parents and other members of his family had perished in Auschwitz.

The testimony was followed by a question and answer session which enabled students to better understand the nature of the Holocaust and to explore its lessons in more depth.

The visit was part of the Holocaust Educational Trust’s extensive all year round Outreach Programme, which is available to schools across the UK.

“It was a privilege for us to welcome Marc to our school. His testimony will remain a powerful reminder of the horrors so many experienced. We are grateful to the Holocaust Educational Trust for co-ordinating the visit and we hope that by hearing Marc’s testimony, it will encourage our students to learn from the lessons of the Holocaust and make a positive difference in their own lives.”

“The Holocaust Educational Trust educates and engages students from across the UK, from all communities about the Holocaust and there can be no better way than through the first-hand testimony of a survivor. Marc’s story is one of tremendous courage during horrific circumstances and by hearing his testimony, students have had the opportunity to learn where prejudice and racism can ultimately lead.

“At the Trust, we impart the history of the Holocaust to young people, to ensure that we honour the memory of those whose lives were lost and take forward the lessons taught by those who survived.”