Inspired by the likes of teenage activist Greta Thunberg, Year 7 students at Barlby High School competed to produce the most successful climate change speech which was then judged by Selby MP Nigel Adams.

Students were given the task of producing a complex speech, based on Greta Thunberg’s well-known address at the UN Climate Summit in 2019. ‘How Dare You’ inspired students to create their own powerful speech, challenging the public to make a change. Each lesson, students would be guided through a new section to add to their speech. By the end of the unit, students had created such persuasive and thought-provoking speeches, that we just had to do something with them.

A Twitter campaign asking Selby MP Nigel Adams to judge our competition was successful and he read our best 15 entries in order to judge the best three. He said ‘As we were reading students’ work, we could really imagine it being spoken in front of an audience. The passion students presented was very impressive. A common theme amongst all finalists is that they do not repeat their arguments. An interesting fact the students may not know is that, in the House of Commons, if an MP begins to repeat their arguments when they are making a speech they will be asked by the Speaker to wind up, as this is not allowed!’

Megan Hardcastle, English teacher at Barlby High School, was thrilled that students had this opportunity during lockdown. She said ‘The competition was too tricky to judge myself; the students really did excel. We are so grateful to Nigel for giving our students this opportunity and for helping us pick some winners. I truly think we have given Greta a run for her money!’

Barlby High’s English teachers are particularly impressed with Year 7 as they wrote these during lockdown when remote teaching and learning was in full swing. It had been an especially challenging and demanding time for the students, but they have worked very hard and we’re so proud of them.

Heather Wright, Faculty Leader for English, said “I’m so pleased to see our Year 7 students are writing about environmental issues which affect us all. It’s impressive to read such mature and interesting opinions in their speeches.”

Winners and runners up have received prizes and certificates for their efforts, and have been published in a celebratory anthology for parents and carers. 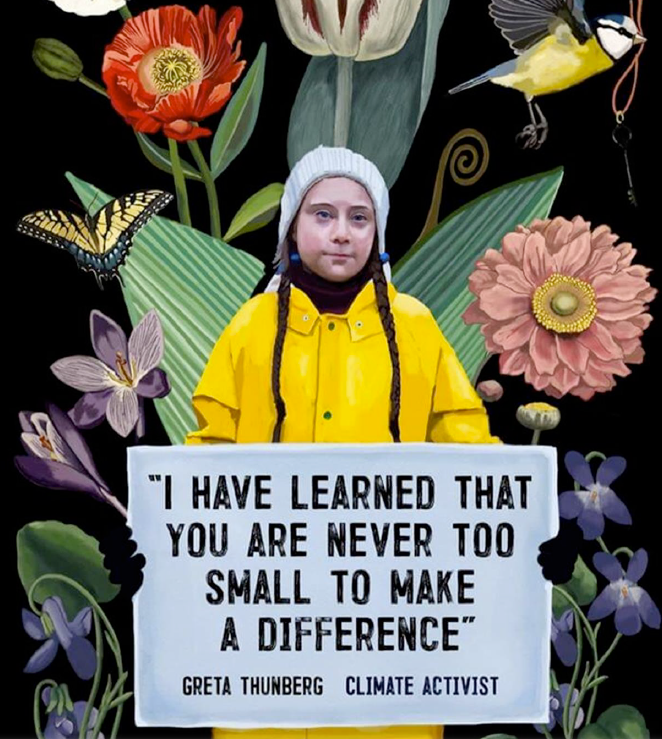