D-Day veterans drop in for play at Barlby High 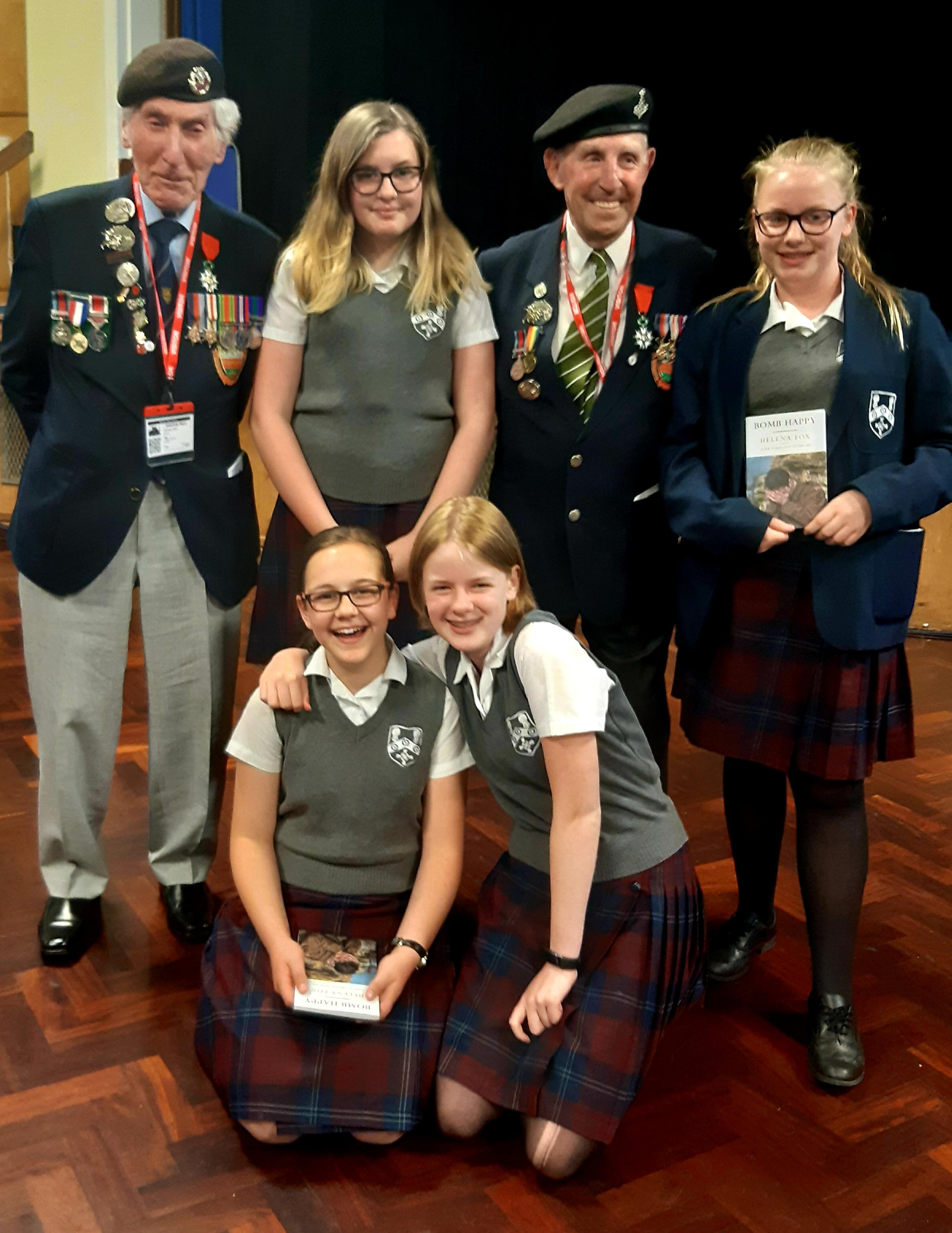 Pupils at Barlby High School have been privileged to enjoy a performance of Everwitch Theatre Company’s production of ‘Bomb Happy’, followed by a Question and Answer session with the Normandy Veterans on whose experiences the play is based.

Bomb Happy is a verbatim play, written by Helena Fox, from the recorded interviews and personal memoirs of the last five York Normandy Veterans and produced by Everwitch Theatre in partnership with Helmsley Arts Centre. The play originally came about when the Veterans voiced their concern that their experiences – a critical moment in British History where so many young men lost their lives – would die with them.

‘Bomb Happy’ brings to life the first-hand accounts of the last five York Normandy Veterans, Smudger, Hank, Cookey, Bert and Merry, telling the story of the D-Day Landings and the battles to liberate Europe from the point of view of these raw young conscripts – lads from York, Leeds, Sheffield and London.

Following the performance, the veterans were invited to share the stage with the cast of Bomb Happy, including the actors who brought Smudger and Cookey to life. A particularly poignant moment came when veteran Cooke read out his poem ‘The Veteran’ which left many of the audience in tears. Students were then invited to share the stage with the veterans – both of whom landed on Gold Beach on D-Day – to ask them questions about their experiences.

“It is so important to remind students that what they read on the pages of their textbooks actually happened, so to be able to meet the Normandy veterans, to be able to ask them questions and to hear their stories told through the play has been fantastic.

“My grandad also landed on Gold Beach during the Normandy landings, so the whole experience was very emotional for me as well. I held his wartime diary throughout the performance and was able to share it with the veterans afterwards.”