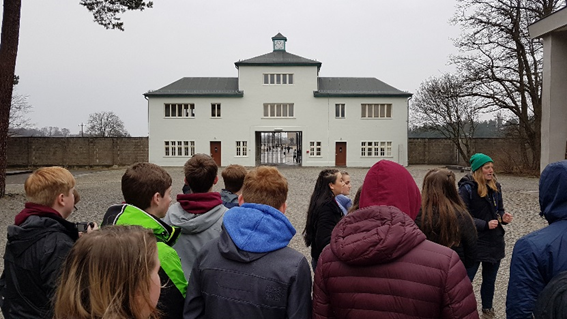 Students from Barlby High travelled to Berlin as part of a four day History tour to complement their GCSE ‘Development of Germany’ course, for which they will be examined in June. The trip included visits to Nazi era sites such as the Olympic Stadium and Reichstag building, as well as a tour of Sachsenhausen Concentration Camp. Head Girl Ella Crofford and Head Boy Dylan Bruton laid a wreath on behalf of Barlby High School at ‘Station X’, the location of the gas chamber and crematoria. 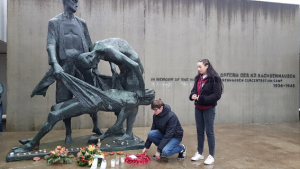 Students developed their understanding of Cold War Berlin with visits to the Berlin Wall, DDR Museum, Hohenschonhausen Stasi Remand Prison, and GlienickeBridge – most famously known as the ‘Bridge of Spies’, immortalised recently in the Spielberg film of the same name.

The students found themselves an unexpected extra night in Berlin over the Easter weekend after their flight was cancelled due to technical problems having already experienced a three hour delay due to the ‘Beast from the East 3’ delaying take off out of the UK. The group stayed in emergency accommodation until the flight could be rescheduled for the following day. 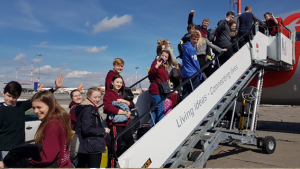 “The students coped exceptionally well given the difficult circumstances.

Other passengers on the flight commented on how fantastic the group were; they even joined in with our History quiz whilst waiting to board the delayed flight.”

“Following the cancellation of the flight, the other passengers also allowed us to queue jump at the Airport Hotel so that students could get as much sleep as possible – even though it extended their own waiting time considerably. We would like to extend our heartfelt thanks for this.”