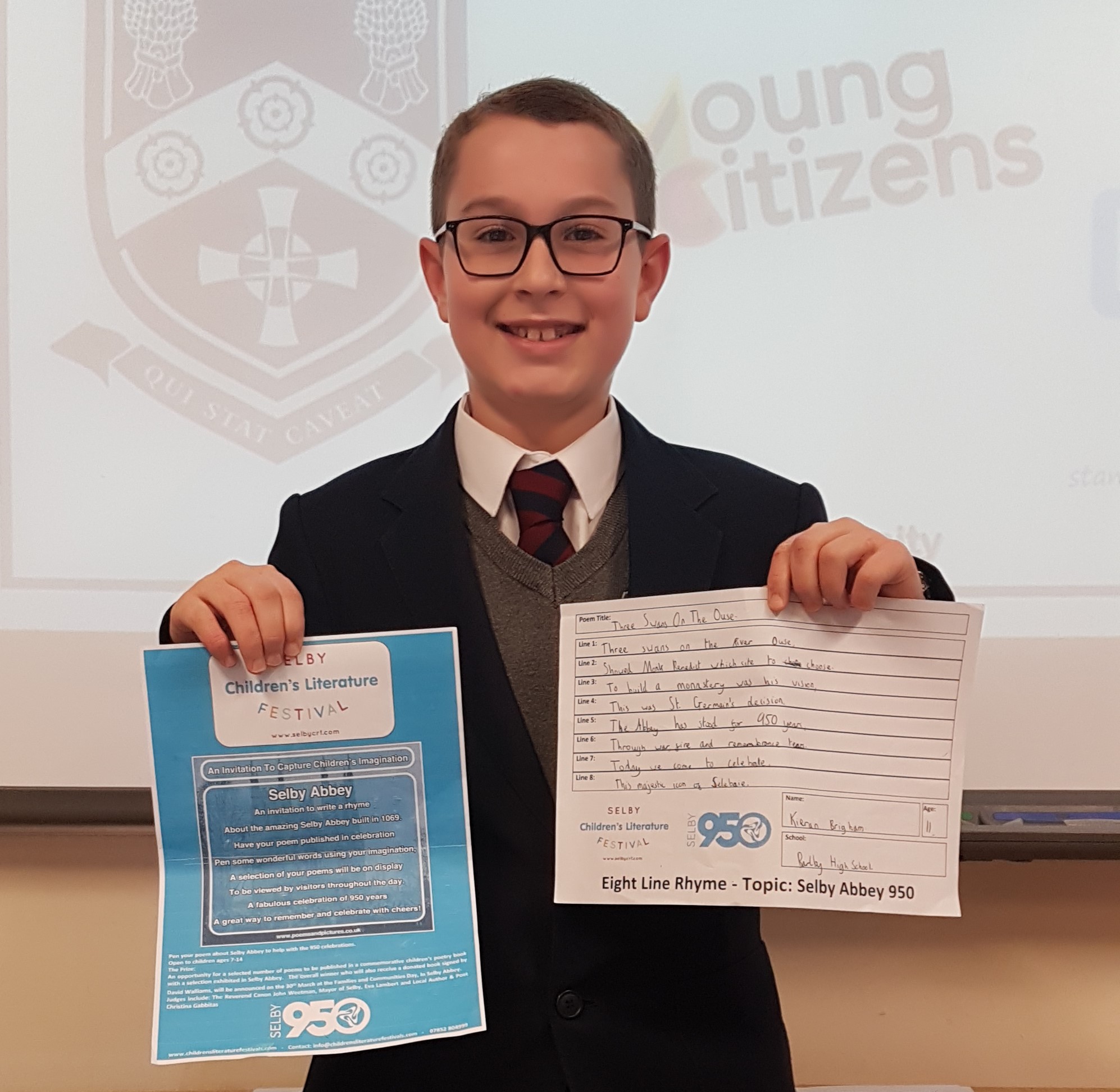 A Year 7 student from Barlby High School has penned the joint-winning entry in a poetry competition held as part of the 2019 Selby Children’s Literature Festival.

Twelve-year old Barlby student Kieran Brigham entered his poem to the competition which encouraged Selby’s youngsters to celebrate Selby Abbey’s 950th anniversary, after hearing about it in his English class at school. He shared first place with Macy Dews of Barwick Parade Primary School.

The poetry competition was open to children aged 7-14 living within the Selby District. A selected number of poems were published in a commemorative children’s poetry book and a selection exhibited in Selby Abbey during the festival which was held during the last week of March. The winners were announced at the Families and Communities Day at Selby Abbey on 30 March.

Kieran received his prize from local poet and author, Christina Gabbitas. Christina, who is the founder of the Children’s Literature Festivals and one of the competition judges, presented Kieran with his award during a special school assembly on Monday 8 April.

Teacher of English at Barlby High School, Gemma Day, said “Kieran has done really well. His poem was well composed and full of historical facts. It is clear he has thoroughly researched and enjoyed putting the poem together.”

Asked about his success, Kieran said “I’m proud to win the competition. It was great to get to meet Christina Gabbitas and to receive a David Walliams book as a prize, as he is my favourite author.”

Christina Gabbitas added “The competition was a great way to get the young writers to research and learn about the cathedral – that was particularly successful in Kieran’s poem.” 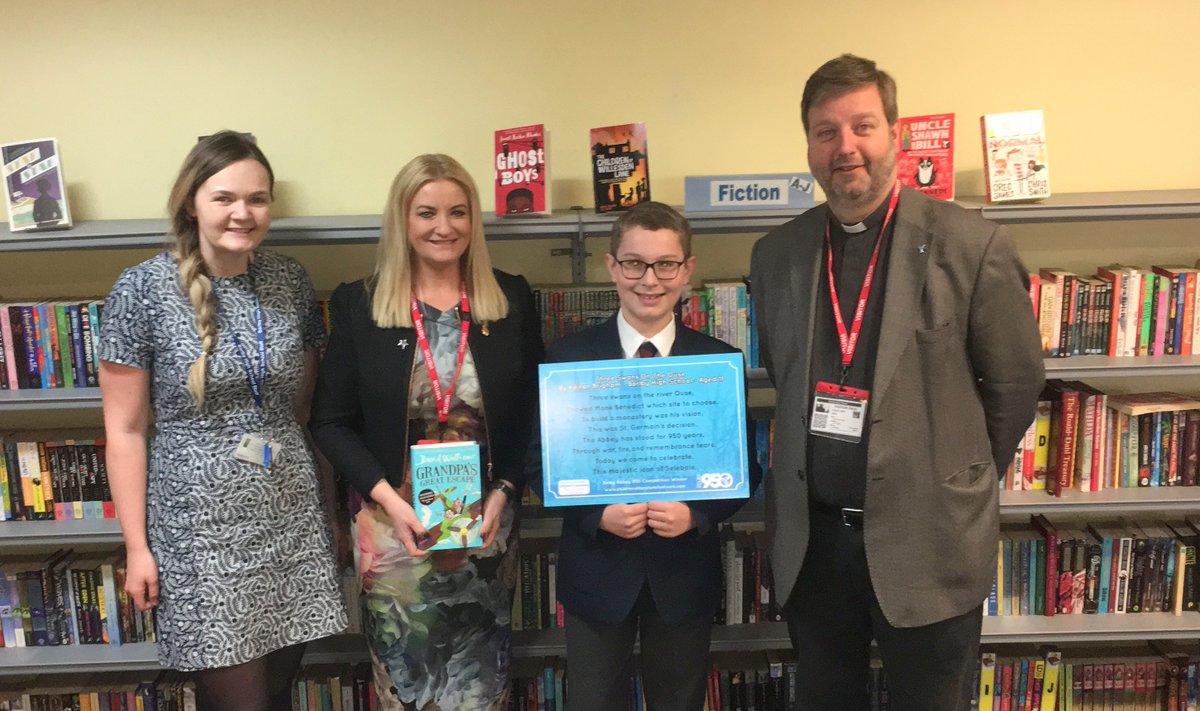